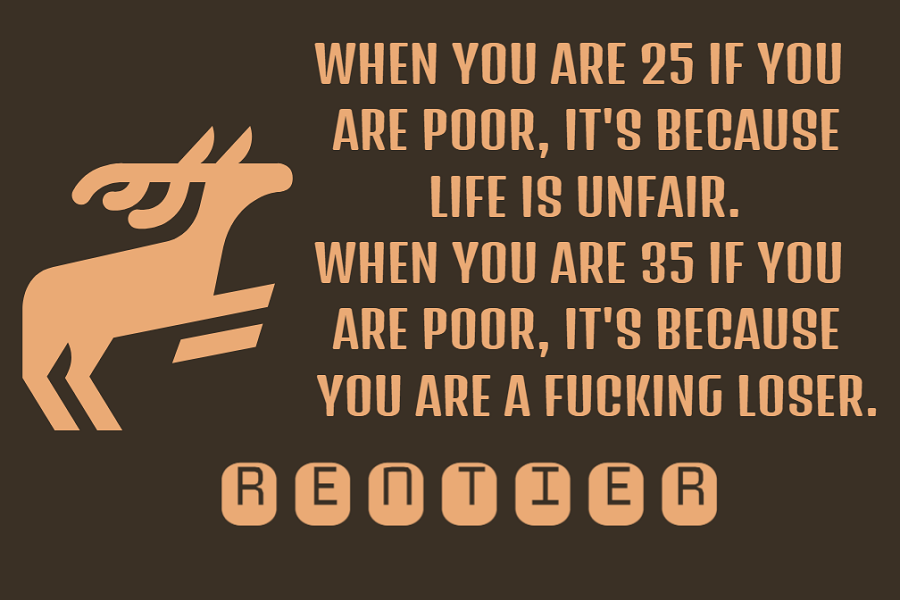 Journey To Become A Millionaire


Net Investable Assets include all my cash and investments (including retirement funds) and subtract my consumer debt (credit cards and loans), and exclude my personal properties such as cars, jewelries, and home. It has been consistently increasing at an annual rate of 61.16% over the past 9 years without a single year-over-year decline.

I graduated college in summer of 2014 with a BA in Finance. Finding a first job out of college without relevant work experience in the field was frustrating. It was easier to get into the tech industry with my computer knowledge.

In September 2004, I got my first job at a small tech company. My starting salary was $32,000. The company was a joke and my boss was terrible, yet I did not consider a job change because I was told that at least one year was the minimum time to stay at a first job. Things got worse after 6 months. In March 2005, I finally decided to quit and applied for Master’s. Good things happen when we least expect them to. I got an offer from a popular toy company through a referral 3 months before my master’s program starts. That opportunity was too good to pass up. In July 2005, I decided to withdraw my college admission and accept the job offer for $49,000 + bonus. I grew my salary to $54,205 over a five-year period. During this time, my focus was primarily on stabilizing my life in the U.S. I went through various types of visa status. In late 2007, I finally got my Green Card (the U.S. Permanent Residency Card), and I started job hunting immediately. I did not get a single offer for six months as the number of tech job openings in my city were very few and I was so bad at interviews. I eventually gave up on my job search.

With the $10,000 average annual saving during these years, my emergency fund was only $30,000 after spending over $25,000 on healthcare. Earning $15,000 extra money with a side hustle or gross income of $70,000 would not allow me to buy a small townhouse. I knew I had been stuck in a dead-end job for the last 5 years. My employer struggled to recover from the 2008 financial crisis. There were multiple rounds of mass layoffs, a bonus cut, and a mandatory two-week furlough plan. I decided to focus on job hunting once again after my close colleagues resigned.

In early 2011, I finally got a job offer after being rejected by so many companies. It was a full-time offer for $80,000 + bonus from a utility company in a world-class city. That was over a 50% salary increase. I was so excited for that opportunity and accepted the offer without understanding organization’s culture and values. I had to relocate because the company was 50 miles away. I rented a brand new high-end 741-square-foot mezzanine studio apartment for $1,925 a month (current rent is $2,430). That job was shit and I found myself regretting the decision. In April 2011, just after 5 weeks, I resigned without another job lined up. I thought I would not find a new job easily because it took me so long to get the last one. That was not the case. There was a high number of tech job openings in the large metropolitan area. I was able to find a contract job at a top entertainment company in less than a week. My pay increased to $57 per hour + lots of overtime opportunities. That was another 50% bump from the last job, or a 122% increase since last year. This job was very stressful. I worked very hard and regularly put in a lot of overtime hours. My savings skyrocketed to $75,000 at the end of 2011 (150% YOY increase!), and reached $100,000 in August 2012. It took me 8 years to hit six figures in my bank account. Maximizing my hourly wage was all that mattered during this time. I have not thought much about investment yet. All extra cash was parked in a high-yield savings account.

In early 2012, I moved closer to work. I rented an 1,100-square-foot 2 bedroom apartment for $2,299 a month (current rent is $2,695). I was planning to start a family. In June 2012, the company tried to convert me to a full-time employee since it was a contract-to-hire position. Salary was $40.87 per hour + bonus + overtime pay. That was a 30% pay cut. I declined the offer and started looking for another job in the same area. My interview performance improved as I gained confidence. I was fortunate to find multiple jobs that offered six-figure salaries. In November 2012, I accepted a full-time offer from another entertainment company that paid $120,000 + bonus. That job was fun and my team was wonderful, but I hated bi-weekly business trips to a satellite office. I even considered relocation. In June 2013, after 7 months, I left the company and started a consulting job at a large tech company that paid $75 per hour (increased to $77.50 per hour after 1 year). The entertainment company counter-offered me $140,000 + bonus when I gave 2 weeks notice. I declined because the problem was not about the money.

I have been saving more than 50% of my gross income through these years. As my savings approached multiple six figures, I began to think seriously about investment. In early 2014, a new investment option caught my eye – peer-to-peer lending. I decided to make a trial investment at LendingClub. My savings reached $250,000 in August 2014.

In late 2014, the company converted me to a full-time employee. Salary was $133,000 + 20% bonus + $60,000 RSU. It was the first time I had been granted stock. The company’s stock has been performing really well and my RSU appreciated very fast. It helped to increase my savings rate.

I had solid trading performance from the commodity market. I made a six-figure profit during the oil price plunge of 2014-2015 by short selling crude oil futures. My investable assets reached $500,000 in May 2015. I continued to expand my investment portfolio across various different asset classes: small business loans (DLI Fund), short-term residential real estate loans (Groundfloor), short-term mezzanine and preferred equity capital for commercial properties (iFunding). In 2015, I moved closer to the company. I rented a brand new high-end 821-square-foot 1 bedroom apartment for $2,250 (current rent is $2,400+) a month.

In 2016, I decided to transition to a different business unit within the same company, and relocated to a new city. I rented a brand new high-end 1,185-square-foot 2 bedroom townhouse for $3,495 a month. I wanted a large garage for my home gym. Over the past 5 years, I have been consistently earning multiple six figures. In July 2018, my investable assets finally reached the $1 million milestone. It took me 14 hard-working years to accumulate my first million.

Investing is less meaningful until you have $1 million or more in investable assets because it is difficult for ordinary investors to gain access to lucrative investment vehicles and private syndicates. These types of investments are only open to high-net-worth individuals and institutional investors. Up until this point, building wealth was a liner process directly correlated with my working hours and job performance. Now the door is open. I can grow my wealth exponentially by leveraging money to make more money rather than trading time for money.

Overall, I have done very well for the past 10 years. I am happy where I am today. I lived beyond my means, but I also increased my means. There are few things I would have done differently if the most important thing in my life was to maximize my savings rate.

Live Within My Means

I believe that the sum of small joys in everyday life results in a more fulfilling life as a whole. I have no spending limit when it comes to living expenses. Luxury apartments cost me $1,000 more per month than affordable apartments. That is $12,000 extra cash per year. My emergency fund could have been easily over $100,000 rather than $40,000 when I left the toy company back in 2011.

Everyone has a few self-limiting beliefs that prevent them from reaching their potential. My long-time dream was to earn a six-figure salary. I was hoping to accomplish it before turning 40, yet I did not have a solid framework to build a successful career at the time. I thought it was quite unrealistic when I found out that my boss, an IT Director of a toy company, was making only $100,000. I was stuck in a downward spiral into mediocrity rather than an upward spiral of success. I ended up staying in my low-wage job too long. My boss used to tell me that I had to switch jobs every 3 years. The idea sounded crazy, but it was actually true. That said, finding a high-paying job is not as hard as you would think. If you are working so hard and not making six figures, you are doing something wrong.

The Power of Compound Interest

Self-awareness is the key to our financial success. A truly self-aware person has no desire to spend money to impress other people. While I have no regrets with my car purchase despite over $140,000 of financial damage, buying a brand-new luxury car was totally unnecessary. I could have bought an affordable small car, a used family car, or a compact SUV if I wanted to save money. The cost would have been even greater if I accounted for the opportunity loss. The value of opportunities lost by spending $100,000 today are significantly more than the value of spending $200,000 a decade later.

It is never too late to get started since the process of becoming a millionaire is exactly the same regardless of when you start. Wealth creation is not a zero-sum game. The worst thing you can do is to get hung up on your age. Do not fall into get-rich-quick traps. There are no shortcuts to success. You just have to work harder and invest smarter than those who started earlier.