In October 2018, LexShares posted a theft of trade secrets case. It was a typical patent infringement case with a compelling fact pattern. A big company created a partnership agreement with a startup, replicated business ideas rather than collaborated, and built a new product based on it. Although the deal size was greater than average deals, it took only 3 hours to reach their fundraising goal for this case. 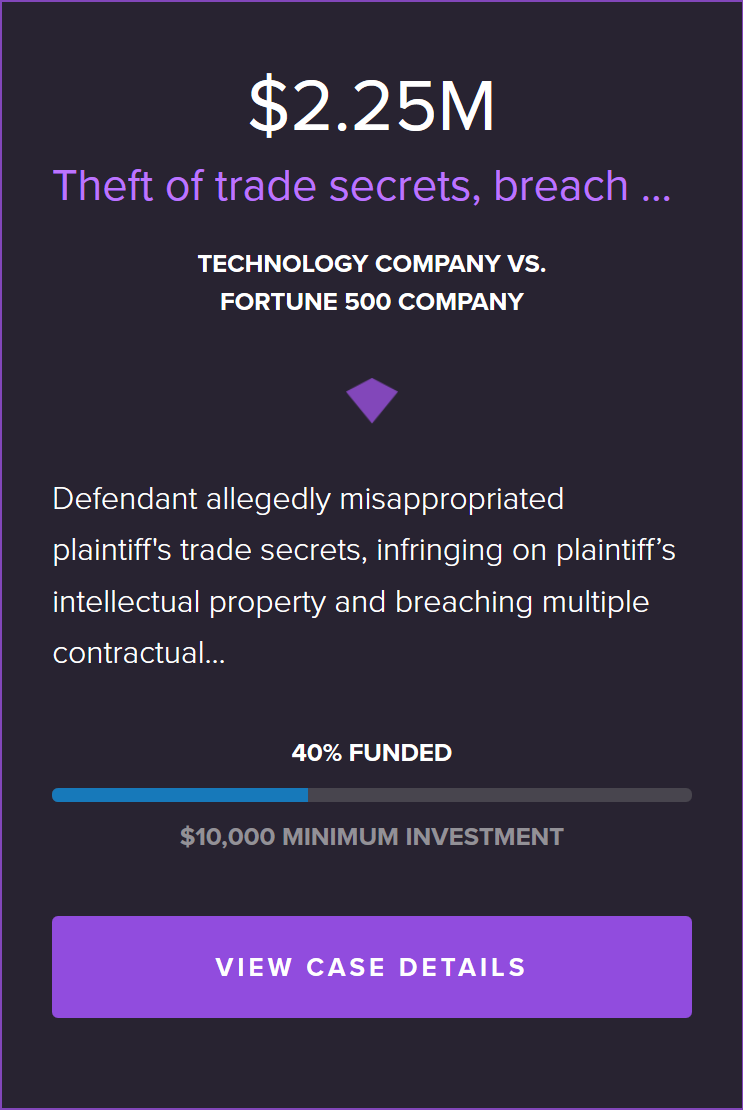 The case progressed favorably, though slowly. An amended complaint was filed in May 2019, and then several defendants filed motions to dismiss plaintiff’s amended complaint. The Court referred the case to a chief magistrate judge for mediation in December 2019. Magistrate judge issued reports and recommendations to grant motions to dismiss for some defendants and deny for others. All primary defendants remained in the case.

In January 2020, the case was referred to another chief magistrate judge for alternative dispute resolution (ADR). The resolution occurred as a result of the plaintiff buying out the investment at its fully accrued value. LexShares distributed a $263,269.43 return via ACH for my investment. Net profit was $113,269 over 456 days, for a gross multiple of invested capital (MOIC) of 1.76x and an internal rate of return (IRR) of 57.03%.